3D slots are almost certainly the greatest breakthrough in the casino world so far. Combining cutting edge graphics, animations and high quality sound effects, 3D slots have managed to bring back the enthusiasm in online players by offering superior gameplay features such as bonus rounds, free spins with multipliers, expanding wilds and stacked symbols. Most online casinos in UK have embraced the thrill that comes with 3D slots too, both for its lucrative nature and ability to provide an exceptional gaming experience to their UK players. We have compiled a list of some of the top 3D online slots available for UK players.

Dracula 3D slot is a product of both NetEnt and Universal Studios and projects the beauty of modern innovative game development with its sophisticated graphics and immersive sound effects. The 5-reel, 40-pay line 3D slot kicks off with a short clip of a scared girl running along a dark lane. The game comes with many exciting features such as a flying bats with each spin and a bat feature that can be triggered in the bonus rounds. There are also several stacked features including the stacked Lady and stacked Dracula which help the player line up more winning combinations. The maximum payout allowed on the Dracula 3D slot is 80,000 coins.

Based on the Marvel comic series, Marvel slots rank as some of the most played 3D slots in UK online casinos. The 3D slot games are quite diverse, including Thor, The Avengers, Spiderman, Iron Man, X-Men, and the list goes on, courtesy of Playtech. The 3D Marvel slots are well-known for their brilliant graphics and four progressive jackpots – Power, Extra Power, Super Power and Ultimate Power, all triggered randomly. UK players who manage to unlock the Jackpot slot game are required to find three identical Marvel character symbols, corresponding to one of the progressive jackpot prizes, in a grid of twenty squares. 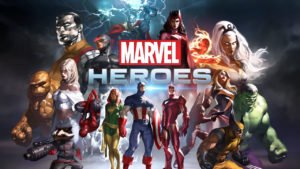 Jack and the Beanstalk

NetEnt’s Jack and the Beanstalk 3D slot is based on the fairy tale of Jack the Giant Slayer. It’s an intriguing 5-reel, 20-pay line slot game loaded with lots of bonus features such as free spins, stacked and expanding wilds and a 3× multiplier. The dramatic background music and appealing symbols on the reels such as watering pots and two-headed giants add to the thrill in the game. UK players playing Jack and the Beanstalk can collect key symbols to receive extra stacked wilds and free spins. The maximum allowed payout for this 3D online slot is 600,000 coins.

Playboy is another impressive 3D online slot by Microgaming, developed on a playboy theme. The 5-reel,243-pay line slot allows players to join the Playboy Club after they manage to land three scattering symbols. The Playboy club has four levels: Kimi bonus, Sofia bonus, Ashley bonus and Jillian bonus. As the players work through the four levels, they are rewarded with free spins with up to a 5× multiplier and other special wild symbols. UK players have grown fond of the Playboy 3D slot due to the ability to generate huge profits from just a single spin.

Orc Vs Elf is another popular 3D online slot in UK developed by Realtime Gaming. It’s a high-graphic game that involves a classic battle between Orc and Elf. There any many bonus rounds that can be triggered in the game creating many winning combinations for the players to take advantage of. Betting more money in this game not only increases your possible payout but also your chances of winning.